Its Fortitude Valley pop-ups have been a whopping success attracting long queues with wood-fired treats, now Agnes Bakery has announced where and when it will open for good.

Its pop-ups have been a raging success, with Brisbanites waking at the crack of dawn to queue along Fortitude Valley streets, now Agnes Bakery has finally found a permanent home. The fire-powered operation from chef Ben Williamson and restaurateurs Ty Simon and Frank Li will takeover the former site of plant and homewares store Arc + Family along James St in New Farm.

“We’ve had four sites that have fallen through at that 18th hour so to finally open, that’s what I’m most excited about,” said Mr Williamson.

The bakery concept began early last year as an unexpected COVID pivot when the trio was forced to put the launch of their highly anticipated restaurant Agnes on hold. Looking for an alternative income stream at the site of Agnes, they converted the Valley space into a bakery and began churning out European-style treats cooked over wood fire. Their kouign-amann, basque cheesecakes and bread became an instant hit, selling out within just hours, with subsequent pop-ups garnering equal popularity. 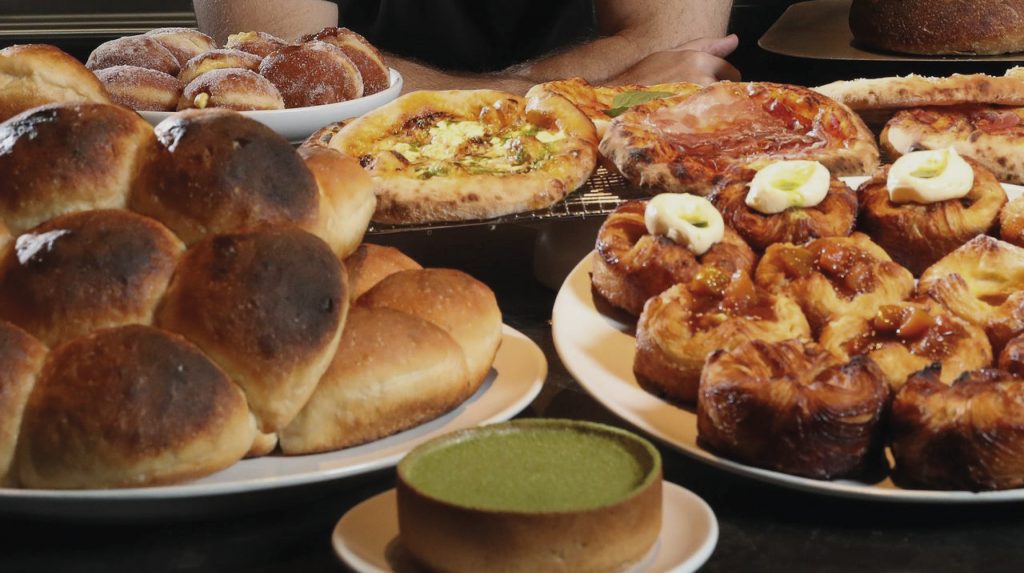 Some of the baked goods from the Agnes Pop-up Bakery. Picture: Liam Kidston.

Now Mr Williamson is keen to expand on the offering and perfect it with a custom-built, four tonne wood-fire oven. “We’ve got an oven specifically designed to do baked goods, where at Agnes the oven was actually designed to do the exact opposite of what we needed,” he said.

“I’m really excited to get back into a development phase so we can make the products even better than they were with the pop-up.”

Mr Williamson said improving the quality of their lauded kouign-amann would be a focus spearheaded by pastry chef Natsumi Ovacik, who will also be helping craft a range of laminated dough creations, including a special danish that’s “a departure from the norm”.

Generating an impressive selection of cakes as well as taking on head baker duties at the business will be dessert queen at Agnes and sister restaurants Bianca, Honto and Same Same, Kirsty Mundt; while pastry chef for the group Savannah Haigh will assist with developing the sweet offering.

Passionate baker Mr Williamson will expand their range of sourdoughs using a variety of organic, heritage grains, with the new oven capable of baking up to 24 loaves at a time.

“We want to be the best that’s the goal. We want to create something with that real old-world feel,” he said.

Agnes Bakery is aiming for an August opening