A developer has submitted plans to extend one of Australia’s most successful retail high streets and create a new precinct, with three homes already snapped up and ready to be removed.

One of Brisbane’s most successful high streets could be extended with developers planning a multimillion dollar project that will extend James St by another block. Teneriffe-based property developer Forme has submitted plans with the Brisbane City Council with the aim to create a James Street East precinct in Fortitude Valley with an office and retail plaza development.

Forme directors David Calvisi and Byron Griffith said the proposal was designed by Richards and Spence who are known for the James Street Precinct including The Calile Hotel and Fish Lane Town Square. Forme has purchased two homes at 75 and 79 James Street, a small shop at 85 James St and a home next door at 228 Harcourt St in New Farm. The existing homes are slated to be relocated to another site in Brisaben with a similar code overlay. They also a contract pending for an apartment/retail building in between the blocks that was create a 2600sq m site with street frontage almost along one block of the highly sought after precinct.

Forme is proposing ground and first floor boutique retail and cafe tenancies interconnecting through a laneway system and central Public Plaza. The upper levels are connected through staircases, with ample light and ventilation created through the void above the public plaza. The proposal incorporates an internal public plaza as well as significant investment in streetscape amenity which would see planting of mature Fig trees, undergrounding of services, improved pedestrian crossovers, footpath widening and street furniture. 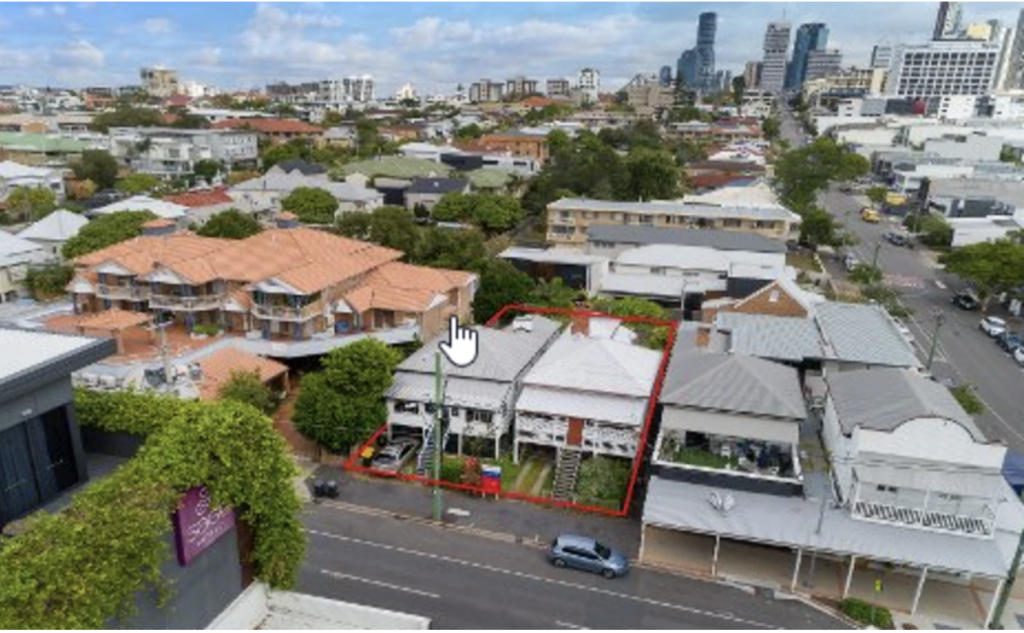 The site of Forme’s new development with 75-79 James Street outlined and the retail/apartment building which is under contract next door.

The project team is taking a co-ordinated approach to the Precinct approach in consultation with landowners on the opposite side of James Street.

“The James Street Precinct is a neighbourhood precinct which has reached national acclaim for the vitality of its retail and hospitality offering,” he said.

“Expanding along its namesake, the precinct has evolved by natural progression to include two hotels and a myriad of small commercial tenancies.” 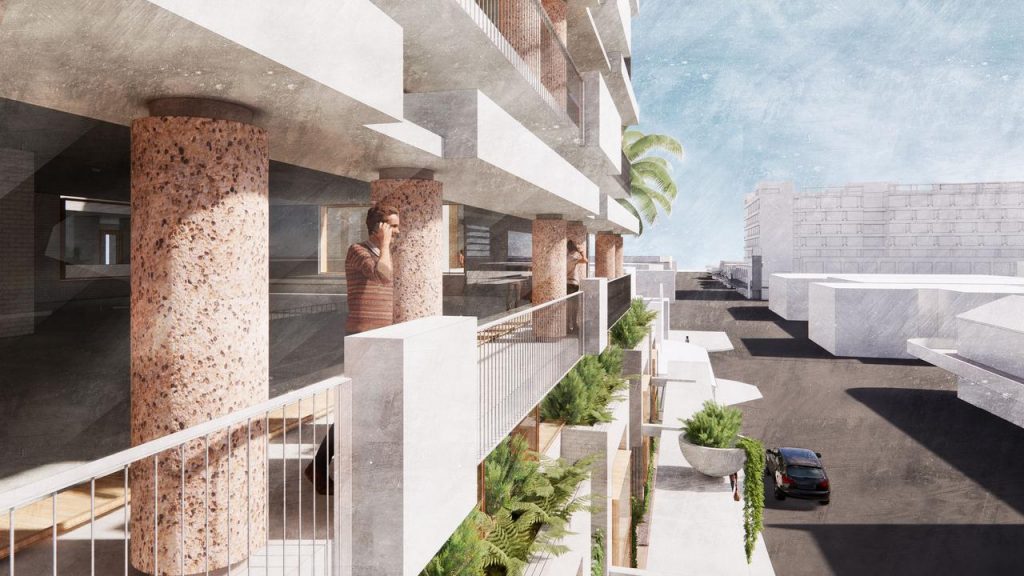 The development will provide 145 car parks that will be available for retail traffic on the weekend and ease traffic congestion at this time.

Mr Calvasi could not reveal an end value for the project.