Queensland developer Forme has returned to Fortitude Valley’s up-market James Street precinct, lodging plans for a second development in as many months.

Late last year Forme lodged plans with the Brisbane City Council for an office, retail and dining complex across an amalgamated site between 75 and 85 James Street. The developer has now revealed its intentions for a 1200sq m site at 31 Doggett Street, four blocks from its proposed James Street development. 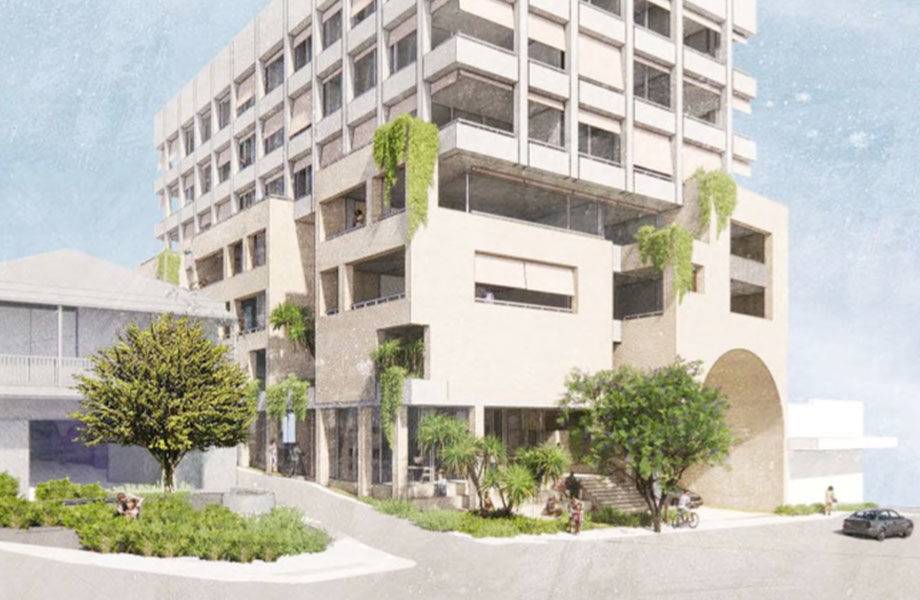 The site, currently occupied by a 680sq m low-rise commercial building, will be redeveloped into a boutique residential building with 22 apartments.

Forme has again turned to Richards and Spence, the Brisbane-based architecture firm behind the broader James Street precinct, including the 175-room, 5-star Calile Hotel, and James Street Market, to design its Doggett Street development.

Each three-bedroom apartment will include a private balcony to “take advantage of the local climate by maximising natural light and cross ventilation” as well as large bedrooms, kitchens and flexible living spaces. 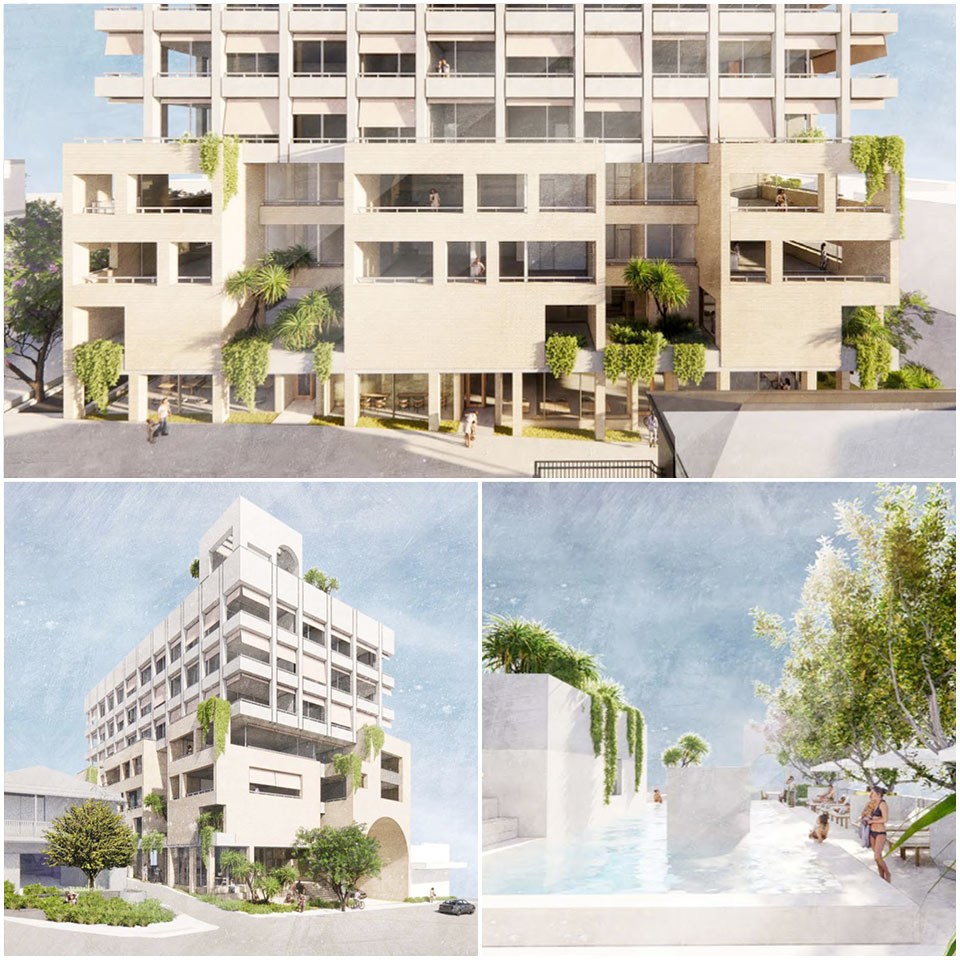 The boutique apartment building will include a communal rooftop area with dining facilities for gatherings and events.
Image: Richards and Spence

The proposed six-level apartment building aims to extend the vibrant and popular James Street retail strip towards Teneriffe, connecting it with the burgeoning Commercial Road precinct.

The brutalist building, to be built from bright concrete and brick, will include four large ground floor retail tenancies targeted at high-end fashion brands, health and wellbeing as well as restaurants and cafes.

It features a mix of more than 130 specialty shops, including a range of designer clothing such as Sass & Bide, Kookai, Zimmerman and Camilla, and homeware stores such as North American homewares retailer Williams-Sonoma, Pottery Barn and West Elm.

Similarly to the Calile Hotel, the residential entrance to Forme’s 4000sq m building will be co-located with vehicle access from Doggett Street as a curved, covered plaza space.

The apartment building will have two basement levels with parking for 50 vehicles and will feature a central arcade linking the ground floor retail tenancies on Midvale Lane. It will be topped with a 25m rooftop pool, garden and lawn area. 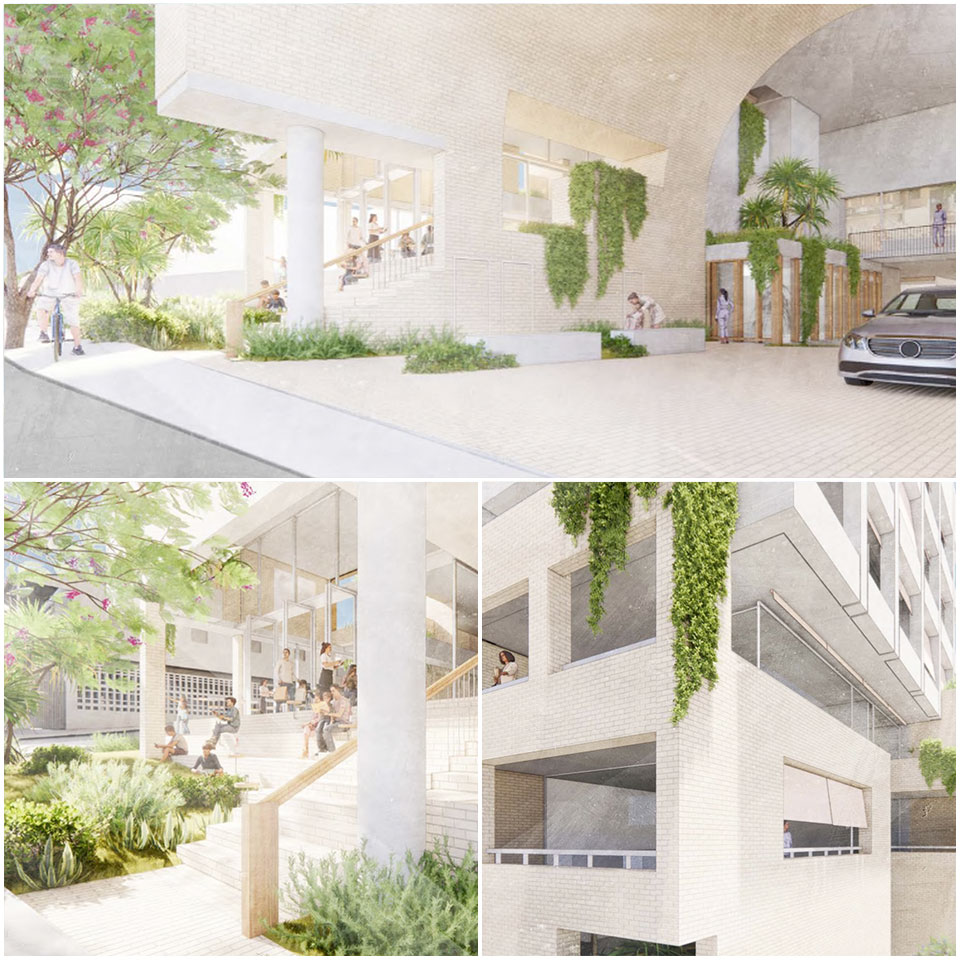 The building will include landscaped stairs for use as circulation and informal seating.
Image: Richards and Spence

Forme directors David Calvisi and Byron Griffith have been pursuing development opportunities in the blue-chip precinct, which is between the booming apartment markets of Newstead and Teneriffe, and the city centre.

The developer has worked with brothers Cal and Michael Malouf— the developers responsible for The Calile and broader James Street precinct—to creating additional residential, retail and office opportunities on James Street.

In September, after consultation with the Maloufs, Forme lodged plans for a similarly scaled 6100sq m commercial buildingwhich will include 11 ground floor retail tenancies and office space.

The Richards and Spence-designed office building will feature a central piazza and arcade linking James Street and Southwick Lane at the rear of the building.

On a neighbouring site Forme has sold out all eight full–floor residences of its under-construction Luna development, designed by Plus Architecture and Mim Design, for a combined $37 million.

That 1000sq m site, which was amalgamated by Forme over six months, is currently home to a low-rise unit block. It is directly across the road from beachfront parklands.

By Ted Tabet  – The Urban Developer