JAMES STREET’S CIVIC-THEMING TO BE EXPANDED WITH NEW PROPOSAL

A new development application by Brisbane-based Forme has been submitted which will expand James James Street towards New Farm and continue the popular retail high street’s unique subtropical architecture.

James Street, which has largely developed an architectural style of its own, through a well orchestrated evolution of developments would receive its second medium scale commercial building which is proposed for 75-85 James Street, Fortitude Valley.

In December 2020, a development application was submitted for a medium-scale commercial development directly opposite at 76 James Street.

This new commercial offering is designed by Richards & Spence, who has been responsible for crafting the subtropical identity of the James Street precinct including the recent and highly popular Calile Hotel development. 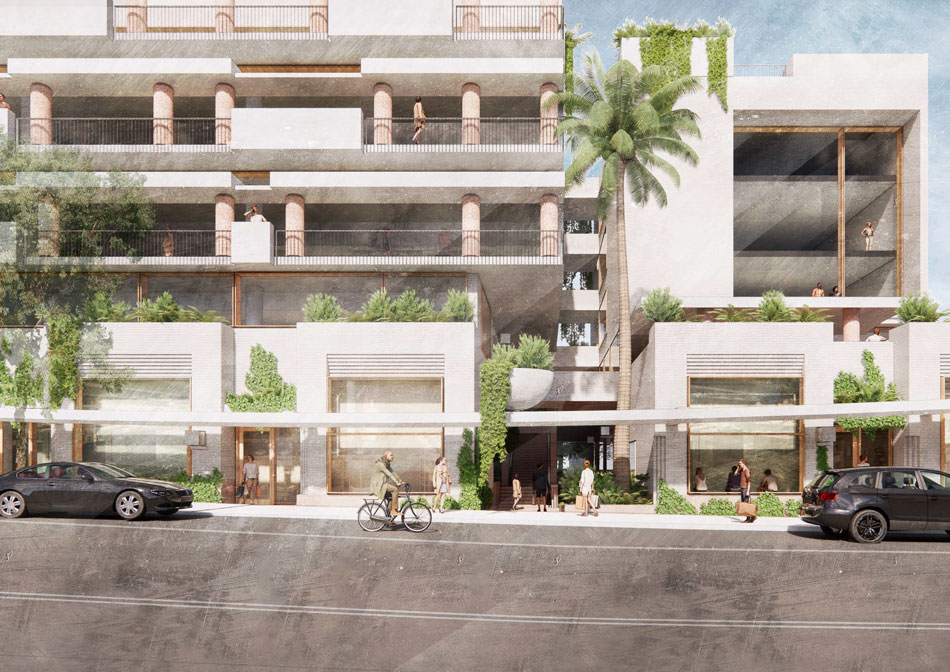 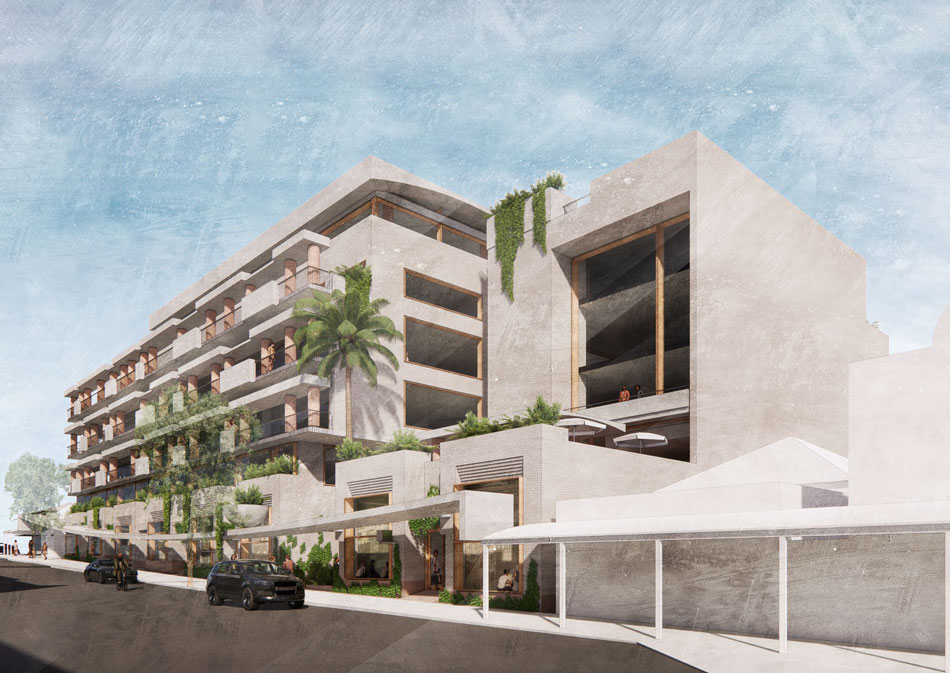 The project would signify the latest major development on the retail strip since the Calile opened its doors in 2018. According to the development application, 75-85 James Street would see a continuation of the fine grain tenancies synonymous with the precinct while supplying much needed small to medium office space.

The development comprises of nine new retail tenancies facing James Street as well as five other internal tenancies including cafes and a restaurant which would surround a proposed 720m2 internal public plaza and stairs, which is a similar size to Fish Lane Town Square (730m2). 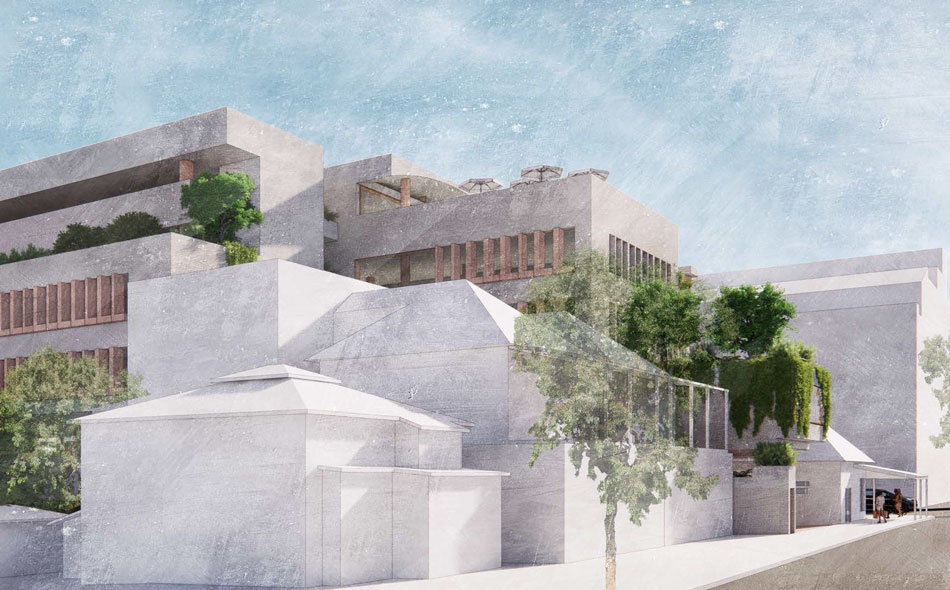 “Glazed shopfronts are framed by double storey brick portals to create articulation in plan. Each tenancy is expressed as a separate building as it steps up the length of the street.”

“The public footpath transitions into a landscaped oasis with a comfortable raised level change. Opportunity for cross block connection is provided via a variety of site permutations”

“An existing commercial character building is located on the James and Harcourt Street corner, the timber building purposed for its role as a neighbourhood bakery.”

“The building is separated from the new built elements, preserving its facade and providing access to both James and Harcourt Street. The internalised laneway creates external covered space for informal dining, visible yet protected from the busy James Street traffic.” – Richards & Spence

The development site which was consolidated over a six month period requires the relocation of three pre-1911 swellings as well as the partial demolition of a corner commercial building on the site.