Luna tower at Burleigh Heads has prefabricated lift core and stair well to show off beacfront views and speed up construction.

A SELLOUT Burleigh development has erected a stair well to the sky believed to be the first of its kind in Queensland.

The eight full-floor apartments making up the beachfront Luna tower are under construction – with a prefabricated lift core and stair well already in place. Developer David Calvisi of FORME – which has pre-sold all eight of the residences – said the prefabricated core was a real engineering feature of the project being built by McNab. “McNab worked with OSKA engineers and Euro Precast to design, engineer and facilitate the installation, which is the first of its kind on a residential building in Queensland.”

It was manufactured in Sherwood, Brisbane, at Euro Precast’s yard which supplies the innovative Euro Cubes. “The lift and stair core are formed and poured off site, the stair core even has the stairs, landing and handrail constructed within it. A road closure is required to transport the cores to site and crane them into position,” Mr Calvisi said. 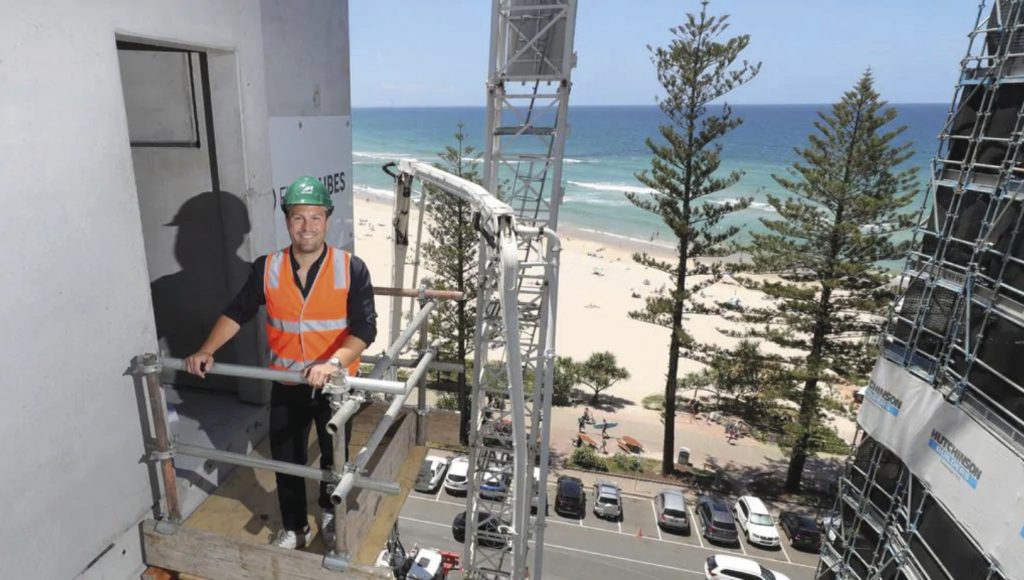 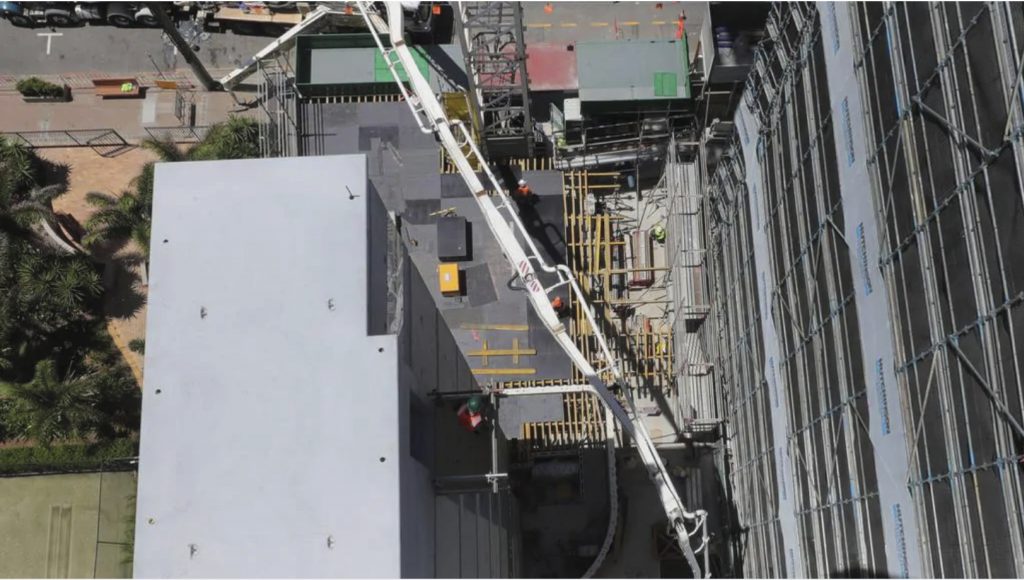 The heaviest core lift was 24 tonnes with 12 levels of the prefabricated cores – or ‘Euro Cubes’ – as they are called by the fabricator craned into position over two nights last week using a 350 tonne crane. “The greatest benefit to this form of construction is the time saved on program. McNab will save approximately four weeks on construction. The prefabricated core also gives me the opportunity to show purchasers the amazing view from their actual level,” Mr Calvisi said.

His FORME group is also simultaneously building the neighbouring Norfolk tower, which has pre-sold 13 of 15 apartments. The two left are a two-level, five bedroom beach house with private entry and pool for $6 million plus a half-floor apartment at 287sq m for $4.1m.