A select group of Australian developers are finalising the details of three boutique apartment projects that are quickly redefining luxury living.

While the projects are scattered geographically—one being delivered in the leafy eastern suburbs of Melbourne, another on the Sydney harbourfront and the last on the shores of the Gold Coast—they all share distinct similarities.

Each has been developed to meet the highest grades of architectural design and construction to provide residents with luxury living that brings technology, architecture and design together.

The developments also share timeless designs, each with bespoke amenities, and constructed and finished with hand-selected materials.

These projects will be the focus of The Urban Developer’s Boutique Development vSummit on February 24, giving attendants the opportunity to learn more about the development decisions that have culminated in their successful launches and delivery.

The Grounds of Kew by Beulah 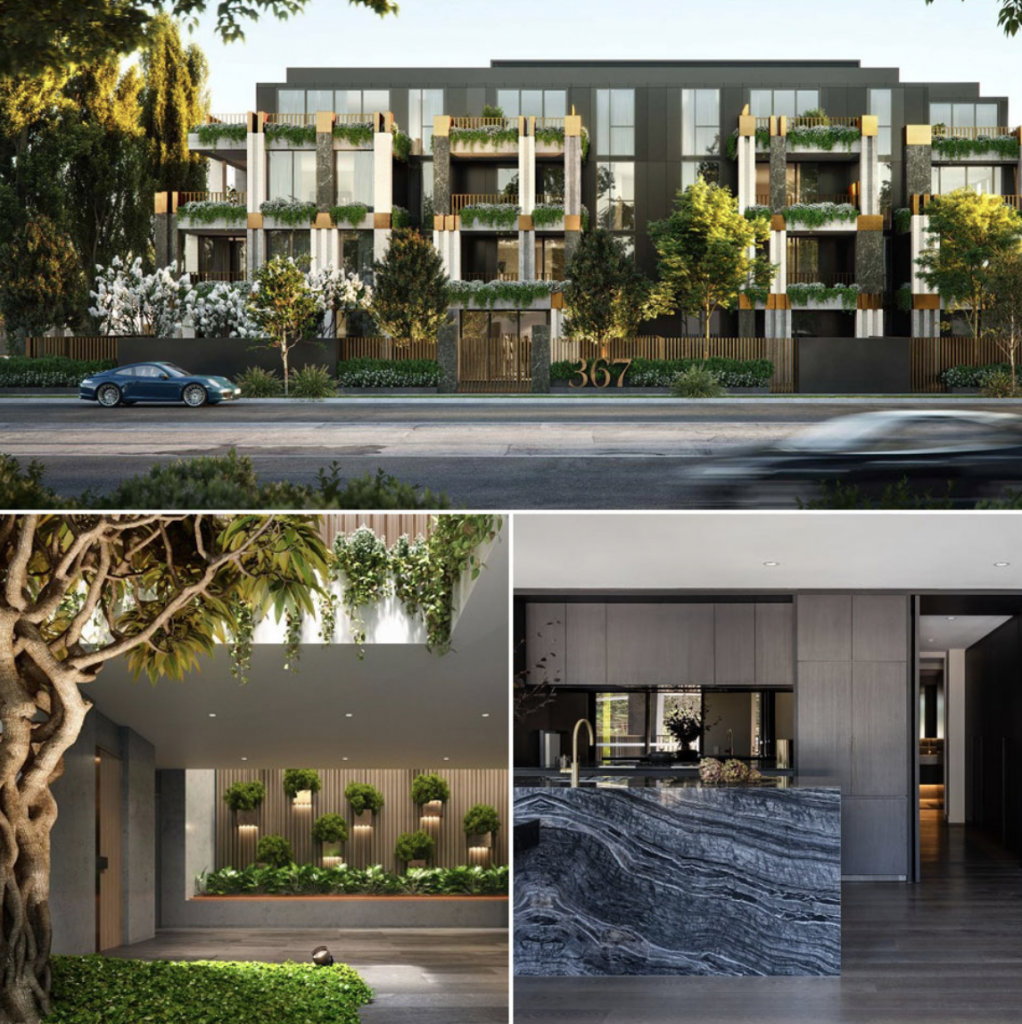 Melbourne-based developer Beulah’s has returned to the leafy eastern suburbs of Melbourne to construct and deliver its latest boutique residential project.

The Grounds of Kew, at 367 Cotham Road in Kew—six kilometres from the CBD, comprises 21 large-scale apartments across three levels.

The development’s architecture and interior design was executed by Fender Katsalidis, with landscape design by Paul Bangay and construction delivered by Ironside. Fender Katsalidis director Nicky Drobis said the collaborative design approach of the apartment project centred on the architectural heritage and garden setting of Kew.

“Given the established relationship between FK and Beulah, the design team behind The Grounds of Kew had the benefit of already knowing each other well,” Drobis said. “With everyone involved being an expert in their own right, the intersection of skills and abilities enriched each other’s contributions which made for a seamless and highly enjoyable process. “In such a team environment, the best design outcomes are often the result of a constant testing-out of different concepts and ideas.”

Dobris said Fender Katsalidis leveraged its expertise in retirement living to deliver generously sized homes that, upon release, proved quite attractive to down-sizers.

“Transforming an existing planning permit to deliver commercial value for Beulah required some re-imagination through smart design vision,” Drobis said. “Particularly with these inner-ring, higher density developments, the relationship with neighbouring properties must be handled sensitively and respectfully. “We had the extraordinary opportunity to design both the architecture and interiors, which is something we love doing.

“This allowed for a truly holistic vision that resulted in a harmonious and seamless environment for residents.” 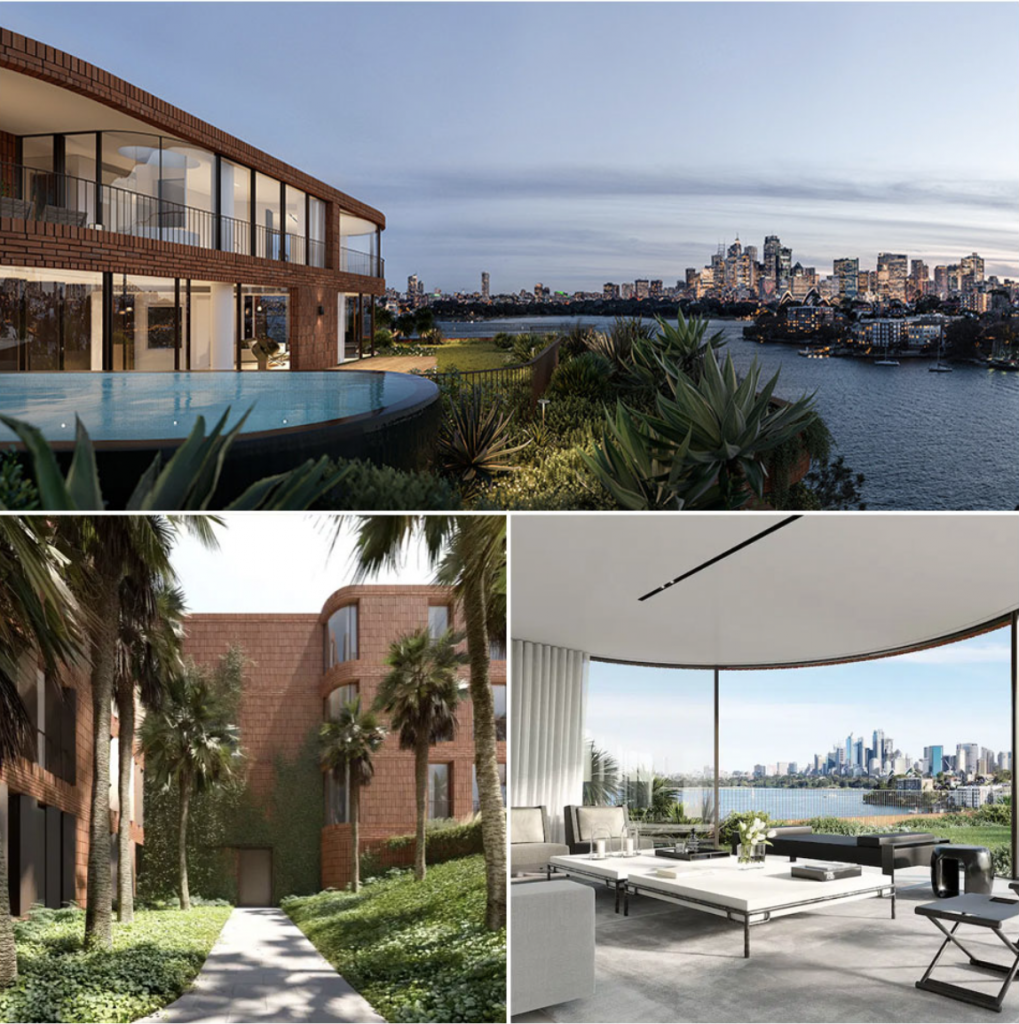 Thirdi Group is moving ahead on a $170-million apartment project at Kurraba Point—a tightly-held peninsula on Sydney harbour between Kirribilli Point and Cremorne Point.

Thirdi worked closely with 21 individual apartment owners to sell in-one-line with a delayed settlement—allowing the developer time to work with its consultants, the community and North Sydney council to create Kurraba Residences.

Thirdi Group managing director Luke Berry said for Kurraba Residences to meet the calibre of a Kurraba Point development, with apartments ranging from $2.5 to $50 million, it was vital that the right design partners were selected.

“We often say it’s the DNA of our consultants and project partners that dictate the ultimate success of our projects,” Berry said.

“When you consider Kurraba Residences consultants there is none better than Adam Haddow, of SJB Architects, who is a masterful at apartment design, especially capturing the outstanding views that the residents of Kurraba Point enjoy. “Adam is also industry recognised for creating developments in a traditional brick facade that was a requirement for council so he was the perfect architectural partner for the project.”

Thirdi submitted three separate development applications over a period of three years to ensure its vision aligned with the best outcome for the site.

“After we secured approval this presented us with one of the most exciting opportunities ever presented to our company to launch and sell a once-in-a-lifetime development on Sydney’s famous harbour,” Berry said. “We built a temporary display suite within 24 hours, that was only insitu for seven days as by the end of the week we sold close to $120 million worth of apartments of the plan. “It was an extraordinary experience and something that I don’t think will ever be replicated again.”

The development is now under construction and on track for completion early 2023. 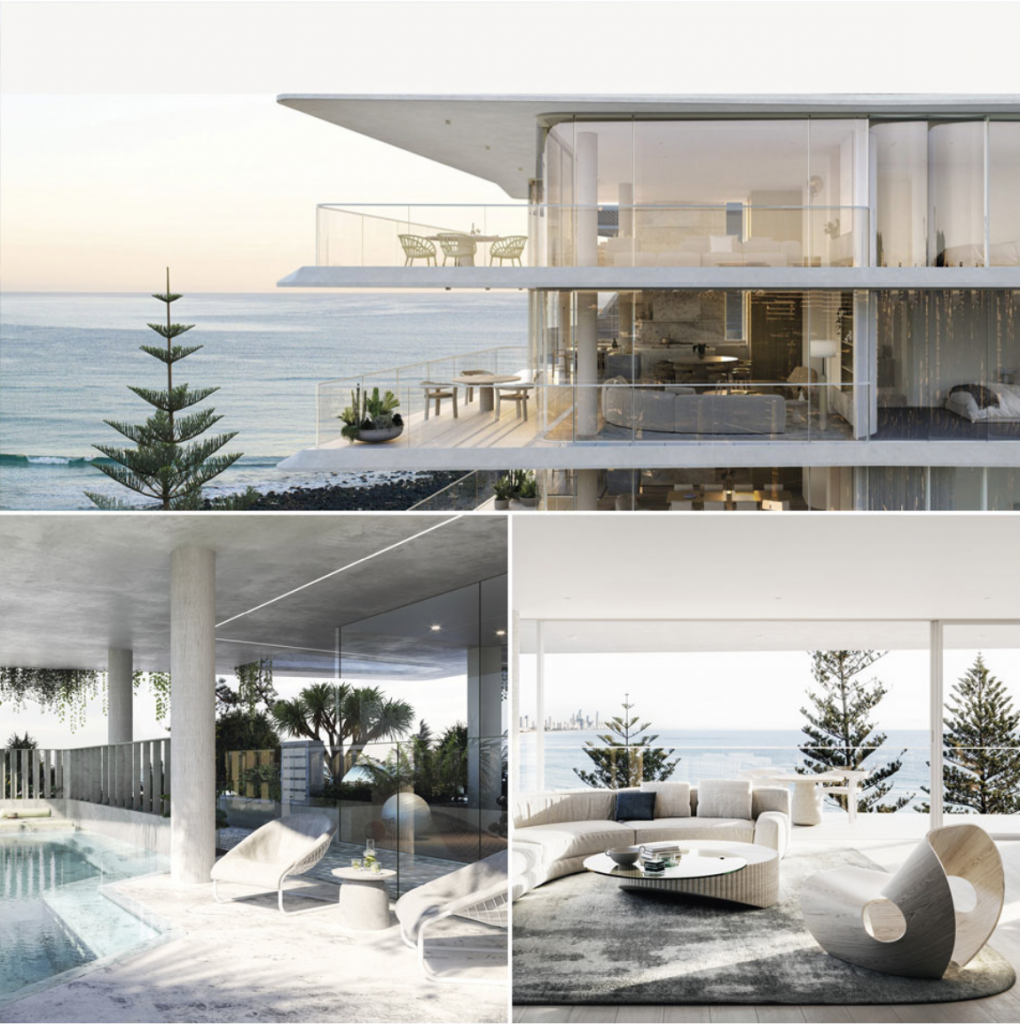 Brisbane-based developer Forme is close to delivering its fifth luxury beachfront development on the Gold Coast.

Its most recent coastal development, known as Luna, was completed on prestigious beachfront address Goodwin Terrace — across from renowned Burleigh Pavilion and alongside Burleigh Heads National Park.

The project, built by McNab, comprises seven full-floor residences and a dual-storey penthouse with private rooftop pool and terrace.

Shortly after release, the project’s apartments sold out for just shy of $40 million with the building’s coveted penthouse picked up by a local Gold Coast couple ahead of its official launch.

Forme managing director David Calvisi said the neighbouring site at 50 Goodwin Terrace presented Forme with the unique opportunity to deliver another high-end project while protecting its homeowners at Norfolk.

“Luna represents a new phase of beachfront perfection and is a stunning complement to Norfolk,” Calvisi said.

“We knew development of the Fish House site was inevitable and — in a bid to respect the integrity of Norfolk, its purchasers and their views — knew it was paramount we take the opportunity to purchase the site as it presented.”

Calvisi enlisted Plus Architecture to design the project after engaging Koichi Takada for Norfolk.

Amenities include a pool, wet-edge sun lounge and state-of-the-art gymnasium.

By Ted Tabet  – The Urban Developer