TOP 8 QUEENSLAND DEVELOPERS TO LOOK OUT FOR IN 2022

The Gold Coast boomed as much as anywhere in the country, with interstate immigration still seeing thousands move from the southern states. Queensland developers were among some of the most active, and busy, in 2021.

The Gold Coast boomed as much as anywhere in the country, with interstate migration still seeing thousands move from the southern states, while Brisbane picked up an early burst of sentiment with the news they would be hosting the 2032 Summer Olympics.

Some of Queensland’s top developers have been planning for 2022 and acquiring development sites, while also happy to leave any official project launch to near Christmas given the border reopening to prospective New South Wales and Victoria buyers.

We’ve taken a look at who’s been busy in the market, with site acquisitions and project launches, heading in to 2022.

Cube Developments is one of the most well known developers on the Sunshine Coast. They’ve built up their pipeline for 2022, with further site acquisitions in the lakeside suburb of Birtinya.

They recently secured a near 9,000 sqm site in Cardinal Place, which will host up to 245 apartments, adding a further $100 million to Cube’s Birtinya portfolio.

Juniper said that he expected the new sites acquired by Cube would relieve the pressure currently experienced in the Sunshine Coast housing market.

“Our commitment to the Sunshine Coast is resolute and has culminated in a site where we can rapidly cater to the strong demand that we’re experiencing,” Juniper said.

“The brief was to create a unique and elevated ‘Work Rest Play’ environment in response to the post COVID lifestyle shift, with leading amenity for the Sunshine Coast,” Cottee Parkerdirector Sandra Browne told Urban.

They also have in market Nature by Cube, a luxury project at Cotton Tree. 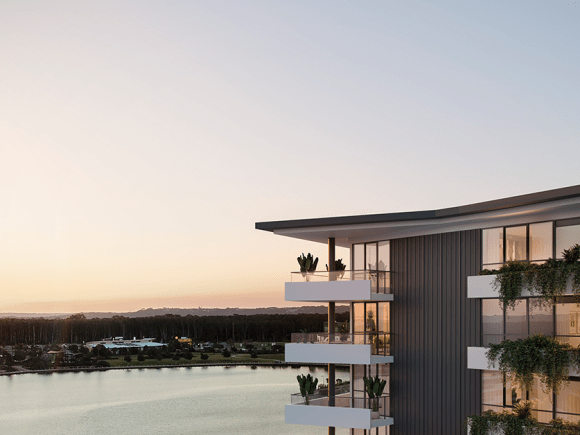 The Brisbane-based Siera Group will be heading in to 2022 ready to launch their first Gold Coast apartment project.

Dubbed Tapestry, designed by BDA Architecture to pay homage to the Island’s new Home of the Arts precinct, will have 83 apartments across its 17 levels.

Offering two and three-bedroom apartments, Tapestry will be crowned by an exclusive resident rooftop featuring a resort-style swimming pool with day beds, a spa, and a pool deck. A barbecue and alfresco area, will sit in landscaping, as will dining surrounded by an edible garden.

There’s set to be a private dining space with a terrace and fire pit, a gym with sauna and steam room, and a lounging area with a lawn. 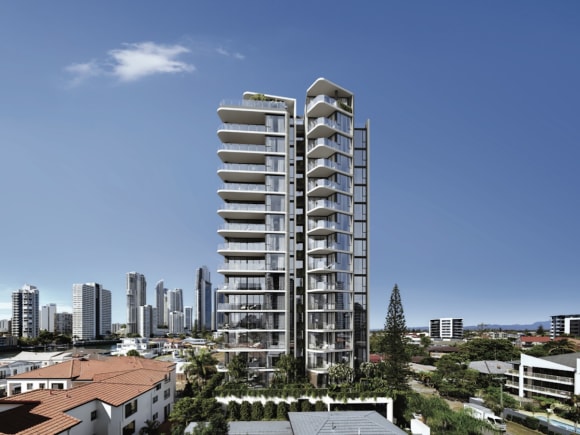 The Brisbane-based development and construction firm is headed by managing director and founder Brent Thompson, who sits on the board of UDIA QLD and chairs the Brisbane City Council Policy Committee.

Thomson said he wanted to create something that was targeted at a wider net, rather than the multi million dollar apartments that are limited to the fortunate few.

“We want the local owner occupier, who could be living in a medium-size house in the area, to be able to downsize or rightsize, or have others who just want to find a new lifestyle, and have the opportunity to do so without being priced out.”

Siera is committed to the Gold Coast, having also snapped up a further development site, on the dress circle Garfield Terrace where they intend to create an owner-occupier driven boutique collection of apartments. 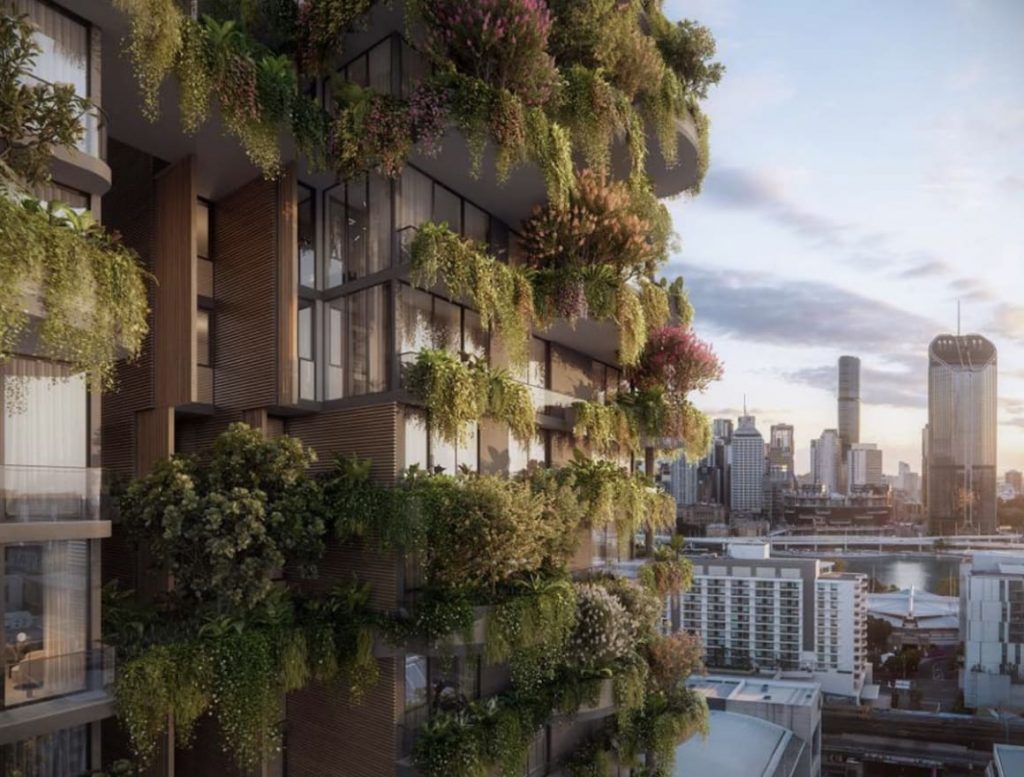 Also in the pipeline is a Kangaroo Point apartment development. Dubbed Riviera, the complex between 470 and 480 Main Street will have 124 apartments across 12 levels.

Aria, who recently won two awards at the 2021 QLD Master Builders Award for its West End apartment development, Tree House, just sold out Trellis, their most sustainable project to date.

Aria has been led by its managing director, Tim Forrester, since he founded the company in 2003.

Sea, at 96 The Esplanade in Burleigh Heads, has just 30 apartments across its 17 curved levels. 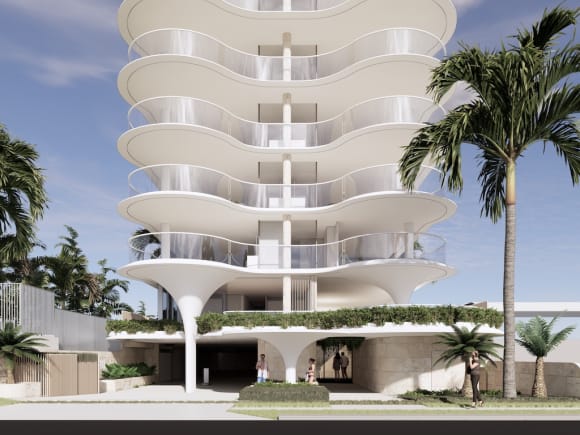 “Since the scaffold dropped at Norfolk, the building has quickly become an icon” FORME managing director David Calvisi said, with the architecture flooding social media.

Even the popular beach photographer Aquabumps have prints available of the iconic facade.

“Norfolk has been a great success and it was important we carried the key elements of its success, mainly via the architecture, through the design at 96 The Esplanade”, Calvisi added. 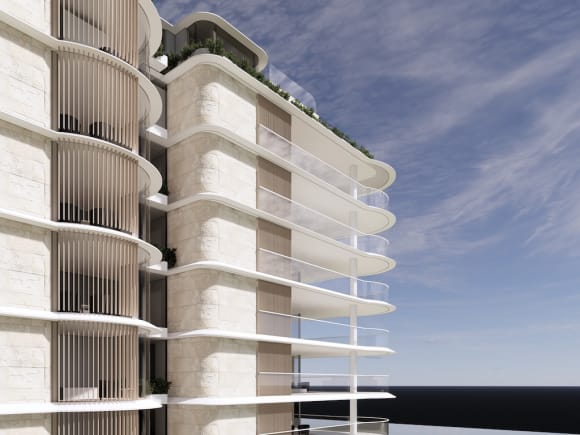 Sea will have 23 half-floor apartments of around 220 sqm, as well as three full-floor residences with around 440 sqm of space.

Calvisi’s eye next year will be on Brisbane, where he has a striking commercial development on James St, and recently secured a site on Doggett Street which will home around 30 apartments.

After constant sell outs in 2021, Mosaic are certainly one to watch in 2022. They will be launching seven apartment projects all up next year.

Their most recently announced will be their first in Bilinga, just north of Coolangatta, where SJB Architects has designed a seven-level, 13-apartment building at 1 Surf Street. 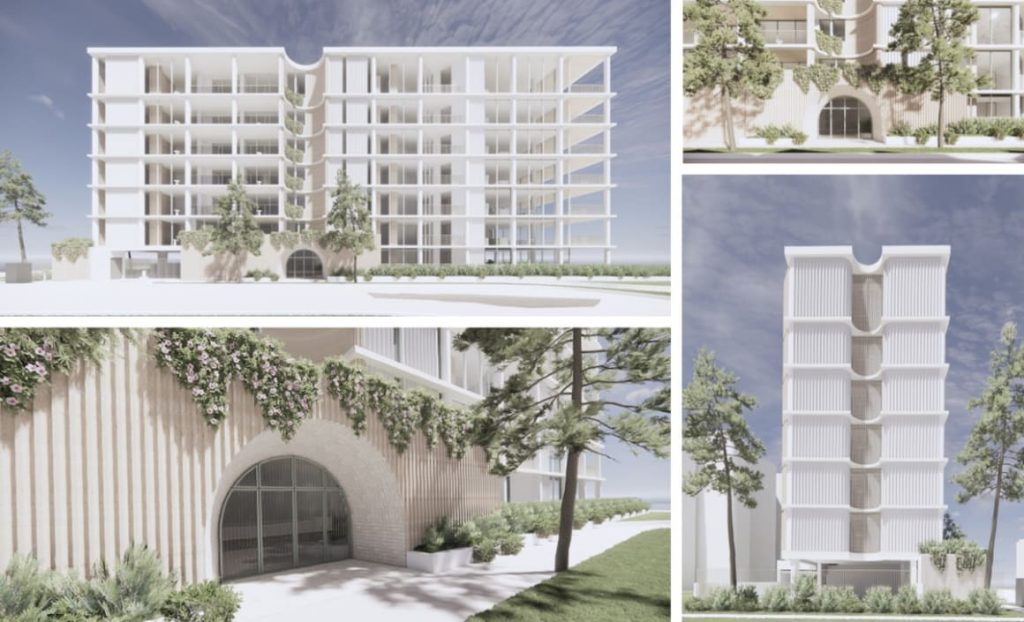 They have Florence, on Burleigh Heads The Esplanade, and a project in Brisbane’s Toowong.

One of the most impressive is likely to be Florence by Mosaic, nine full-floor apartments across nine levels, also in Burleigh Heads.

Last year was one of Mosaic’s biggest since it was founded by its managing director Brook Monahan. They sold out L’Orient on the Sunshine Coast, The Witton in Brisbane’s Indooroopilly, and Kensington in Toowong, all to database buyers.

Responsible for transforming a large section of Hope Island, Aniko will be continuing their development on the Gold Coast island in 2022.

Next year, pending approval, the George Mastrocostas-led Aniko will launch their latest project at 10 Sickle Avenue, a further 185 apartments spread across two buildings.

It will join their recently approved Athena Residences, at 6-8 Sickle Avenue. 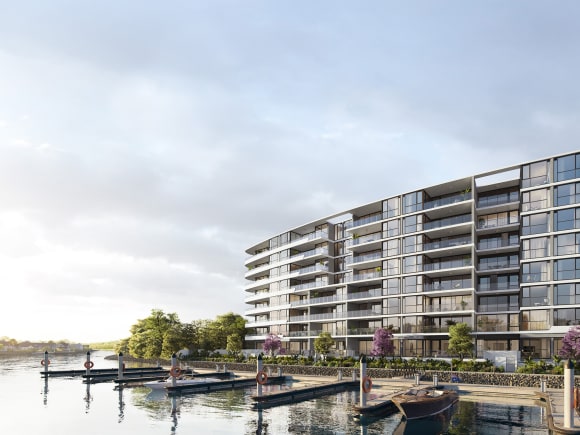 Also launching next year will be their $52 million gated townhouse project at 31-35 Grant Avenue.

The development, dubbed No.35 Grant Avenue, will see 48 townhouses developed, as well as 10 waterfront duplex villas, designed to reflect upmarket city-inspired living. The project will centre around an expansive park precinct with walkways and gardens.

Aniko is also preparing to submit an application for marina berths which will be available for sale.

The local Sunshine Coast developer, Habitat Developments, will be launching two projects to the market in 2022.

In August Habitat lodged plans for St Clair Apartments, some 200 apartments on the Maroochy River.

There will be 100 apartments in each eight-level building, made up of 46 two-beds, 119 three-bedroom apartments, making up 60 per cent of the development, and 35 four-bedroom and penthouse apartments. 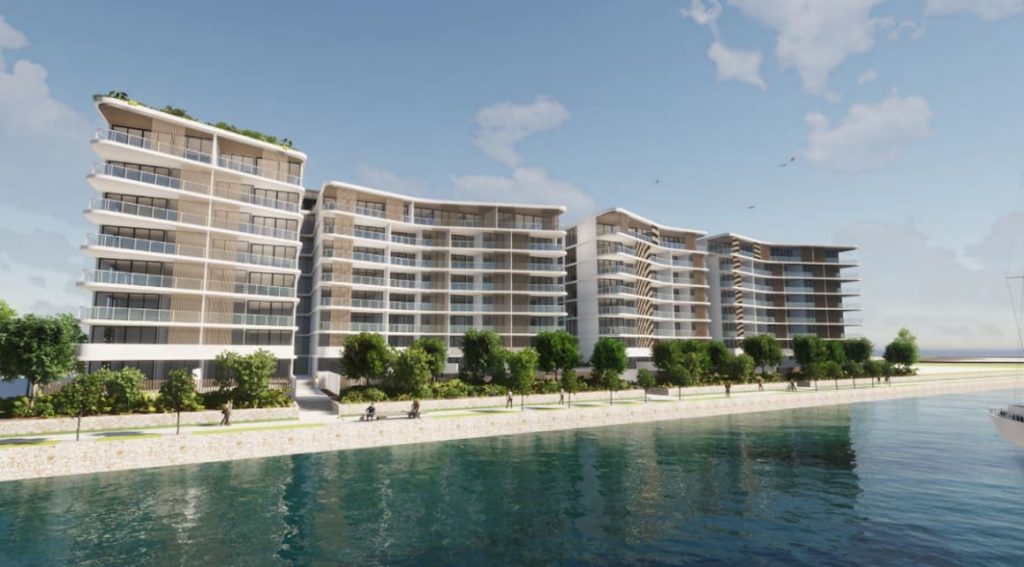 Habitat Development Group managing director Cleighton Clark said they are excited about the project and look forward to Habitat playing its part in the growth and evolution of the Birtinya lakeside precinct.

“There’s already been some exciting momentum created by Stockland and other strong local developers,” Clark said, adding that the Birtinya precinct was awarded the 2020 National UDIA Award for Master-planned Development.

Their other project will be The Corso, their second from Economic Development Queensland (EDQ) in the new Maroochydore CBD, having sold out their $83 million Market Lane project.

The new $94 million development, will include two towers, one 15-storey tower offering 116 apartments, including five penthouses, and an eight-storey tower, comprising 42 apartments and 715sqm of retail space.

Sherpa were another developer with a stellar 2021.

Their Perspective range, including Perspective Two Sea and the neighbouring Perspective Nexus in Palm Beach were immensely popular, selling out within weeks of each other earlier this year.

Perspective Two Sea hadn’t even officially launched, with buyers between $3.5 million to $4.75 million coming forward from their database.

Designed by Sunshine Coast-based K Architecture, the project will include a large resort pool on the ground floor and a communal rooftop terrace on level four connecting the two towers. 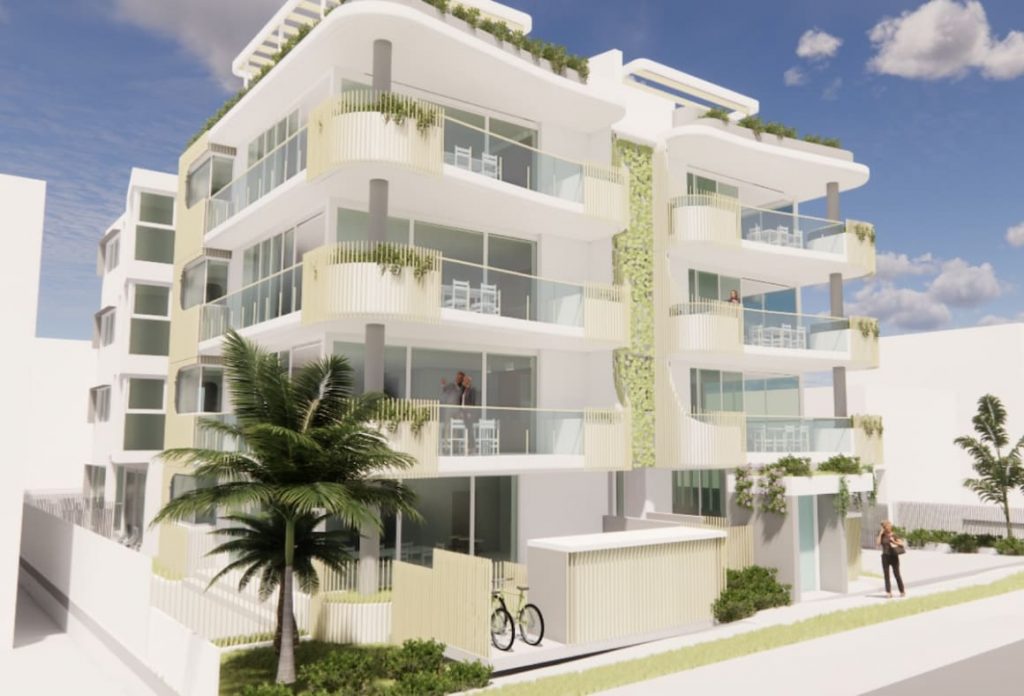