The team behind sell-out Gold Coast development Norfolk has joined forces again, this time for a 17-storey apartment tower, also at Burleigh Heads.

The yet-to-be-named tower, at 96 The Esplanade, planned for the 1012sq m site is being put forward by local developer Forme. The development application as lodged with the Gold Coast City Council on Thursday.

Managing director David Calvisi said the success of Norfolk, currently being built on Goodwin Terrace at Burleigh, had prompted his group to reunite with Koichi Takada Architects and interior designer Mim Design.

All 15 apartments in that development, which were priced from $4 million, sold out before construction began. The latest proposal is the fifth beach front development on the Gold Coast for the developer.
The 52.95m-high tower will offer 23 half-floor apartments of about 220sq m, three full-floor residences of 440sq m and a two-level penthouse of 790sq m including a gym, library, theatre and private rooftop pool. 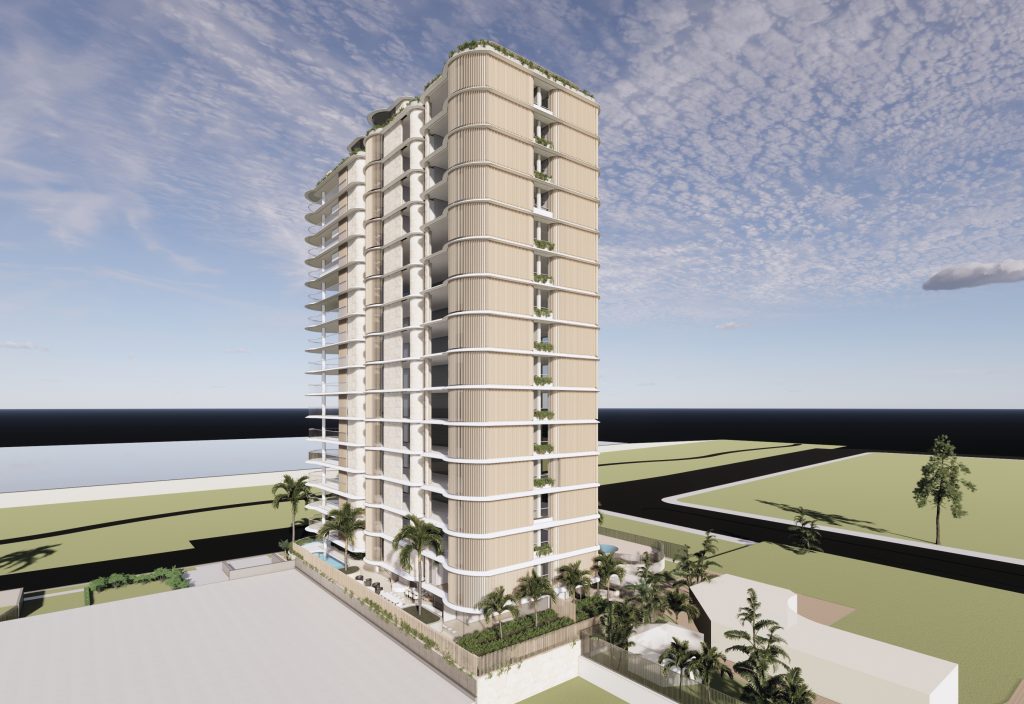 “Norfolk has been a great success and it was important we carried the key elements of its success, mainly via the architecture, through to the design at 96 The Esplanade,” Calvisi said.

“The distinctive design of the building and its sculptural features are intended to position the building as a landmark … and act as a catalyst to encourage higher-quality development in the area.”

The site, which was amalgamated by Forme over six months, is currently home to a low-rise unit block. It is directly across the road from beachfront parklands. “Open plan living areas have typically been oriented east to face the ocean, with more private spaces at the rear of the building,” he said.
“The building is positioned on the site with consideration to amenity of neighbouring properties and generous setbacks to the existing neighbouring buildings.”

Architect Koichi Takada said the proposed tower’s organic curves were designed to “maximise views to the ocean and light, capturing the beauty of the Gold Coast and the essence of coastal living”.