Prominent Queensland business entrepreneurs and philanthropists Cathie Reid and Stuart Giles have bought a beachfront apartment in one of the Gold Coast’s most luxurious new developments. The co-founders of the Icon Cancer Care Group and the Epic Good Foundation took to social media this week to reveal their latest investment — a custom, two-level beach house in a new boutique project in Burleigh Heads.

The sale price has not been disclosed, but the residence had been listed for $6 million. The property has a private pool, pedestrian access from the beachfront, and a number of social terraces including beachfront balconies and a courtyard with park frontage.

The current design encompasses a social bar within an entertainment room, a media lounge room, and an integrated living, dining and kitchen equipped with a butler’s pantry and wine bar. There are five bedrooms, three of which are ensuited, including the master wing, which also has a dressing room and private balcony.

‘Norfolk’, due for completion in April, is a 10-level building of just 15 apartments on Goodwin Terrace by developer Forme and designed by architect Koichi Takada. Only one half-floor residence remains for sale, with 90 per cent selling off-the-plan in the first two months of the project’s launch last year. The remaining apartment on level two is priced at $4.1 million, spans 287 sqm and comprises a media room, butler’s pantry, integrated barbecue kitchen, beach room for storage and optional upgrade to a temperature-controlled wine display bar. 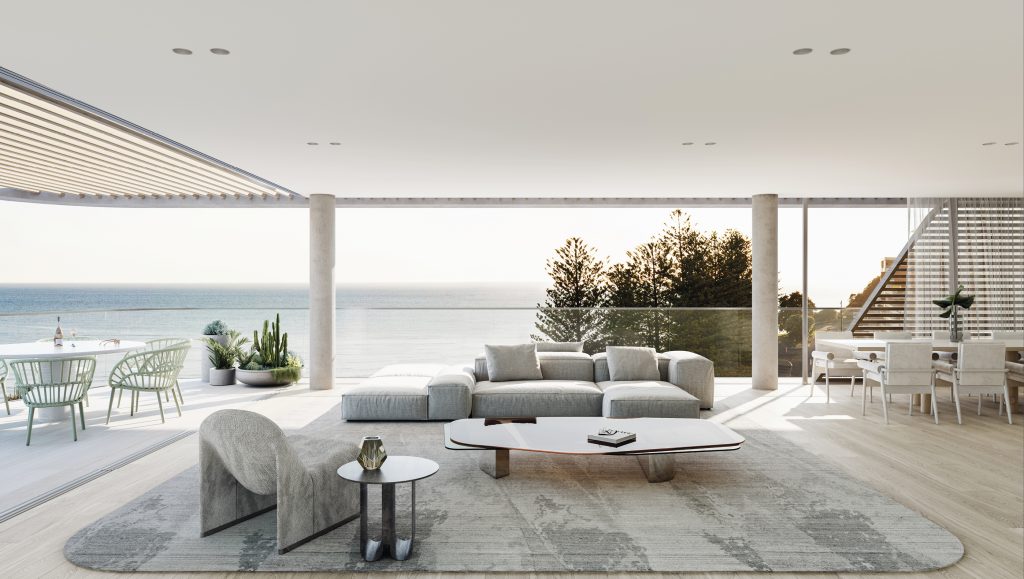 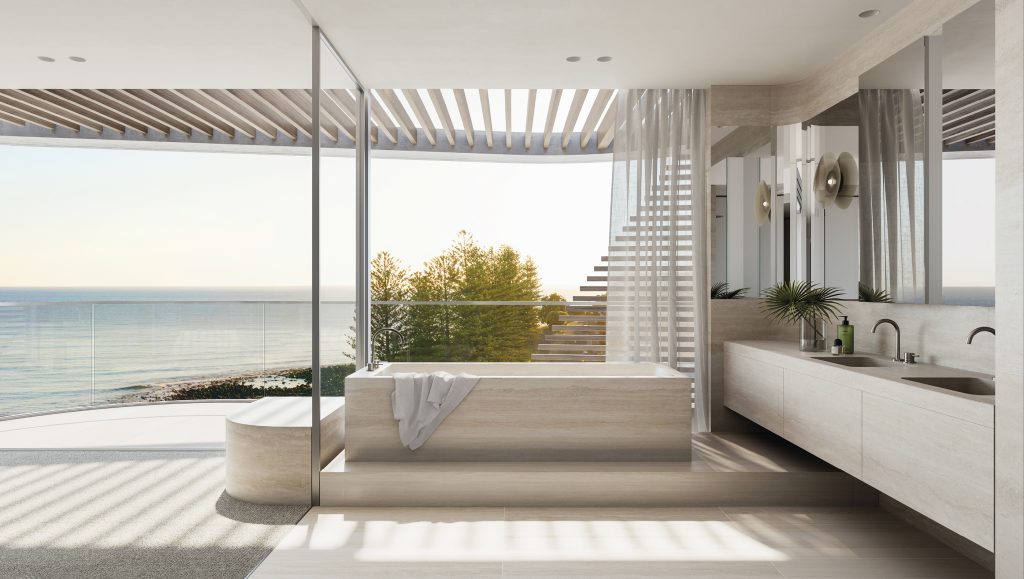 The building will have a ground-floor gymnasium, pool, sun lounging deck and sauna, while penthouse apartments will enjoy a private rooftop terrace with BBQ, dining and entertainment areas and private lap pools with an infinity edge.

This week Ms Reid and Mr Giles posted a cute shot of their dog, George, outside the building with the caption: ‘I think he likes his birthday present! We’re all looking forward to spending plenty of time with him here from April #beachhouse #BurleighBeachDog’. 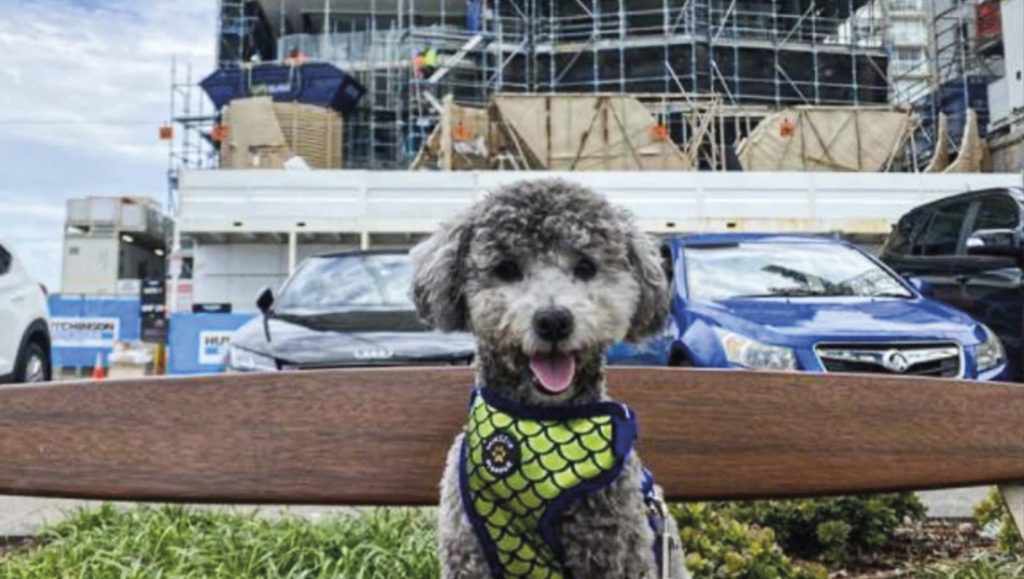 [ Cathie Reid and Stuart Giles’ pet dog in front of the building in which they have bought a two-level apartment in. ]

The Brisbane-based couple, with an estimated net wealth of $550 million, sold their 28-site Epic Pharmacy chain for roughly $37 million and have also recently sold down their stake in Australia’s largest cancer care provider, Icon Group.