THE BEST COLLECTION OF APARTMENT PROJECTS ON THE GOLD COAST? FIVE MINUTES WITH FORME’S DAVID CALVISI

Calvisi said the aim with Norfolk was to create a product which the Coast hasn’t seen before.

It can be argued, whether by average sale price or by a simple glance, that the recent Burleigh Heads apartment projects by the South East Queensland developer Forme, are among the best ever built on the Gold Coast.

First to be completed under the new development brand Forme was Norfolk, the first multi-residential development on Burleigh’s Goodwin Terrace in three decades.

Completed half way through last year, Norfolk is one of the most impressive ever produced in the area, if not Queensland, a rare development on the Gold Coast designed by internationally acclaimed Sydney architecture firm Koichi Takada Architects. Norfolk was the first building designed by Koichi Takada on the Coast.

The design was a hit across the country. The curved facade even became one of the famous Bondi-based Aquabumps prints, after going viral on Instagram. Adding to its obvious design aesthetics was the average sale price, touching $5 million, with the $9 million penthouse sale marking the highest ever apartment price south of Mermaid Beach for a completed development. There was another $8.5 million sale in the building, which itself would have also set the record.

Norfolk was also recently nominated for Building of the Year in the ArchDaily Awards, a world-wide competition where it was pitched against apartment projects in Japan, the United States, France, Germany and Sweden. More recently Norfolk has been featured on one of the worlds largest design blogs DeZeen, making it the first ever project on the Gold Coast to be featured on this blog.

Norfolk really has put the Gold Coast on the world stage with respect to architecture and design.

Norfolk set the scene for Luna, completed just a few months after Norfolk. The eight apartments, sold out around a year before completion, fetched an average $4.6 million. It was the international success and acclaim of Norfolk however that had Forme managing director David Calvisi thinking about their latest project.

“We went back to Koichi and had him design another masterpiece”, Calvisi said, although it wasn’t just the chief architect who was retained from Norfolk.

“Everyone from Mim Design, the award-winning Melbourne-based interior design firm, to the landscape architecture firm and builders, were brought on again,” Calvisi added.

The new project, dubbed Sea, around the corner from Luna and Norfolk at 96 The Esplanade, has just 27 apartments across its 18 levels. 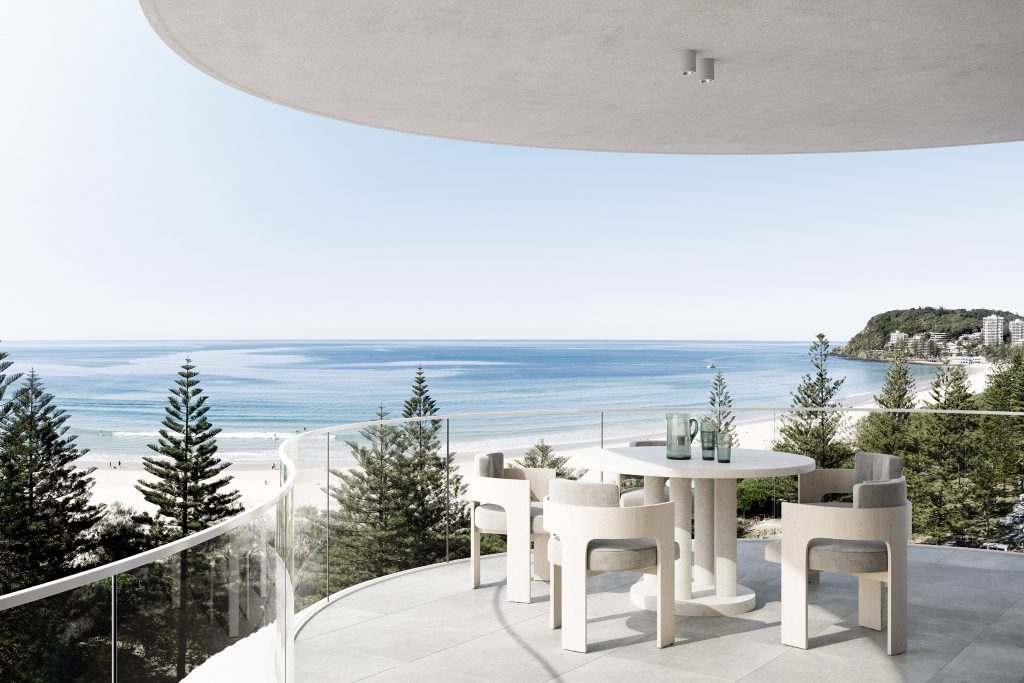 There will be 23 half-floor apartments of around 245 sqm, as well as three full-floor residences with around 490 sqm of space.

Crowning the tower will be a special two level penthouse, expected to fetch around $16 million. Across its 822 sqm floor plate will be a gym, library and executive office, wine cellar, theatre and private rooftop pool. 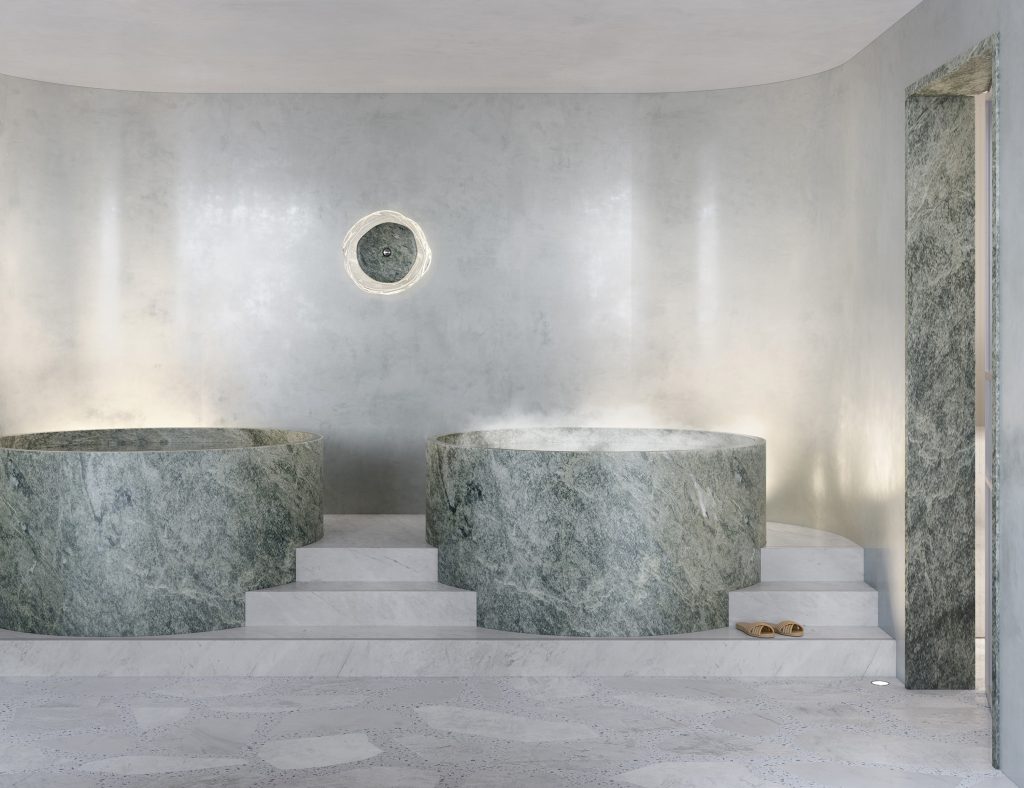 The layouts of all of the apartments have been designed to maximise the views and take in natural light. The open plan living areas typically have bene oriented east to face the ocean, with more private spaces located at the rear of the building.

So far the project has been a hit with a mix of interstate buyers and local owner-occupiers. There’s even been a number of buyers come from Luna and Norfolk. 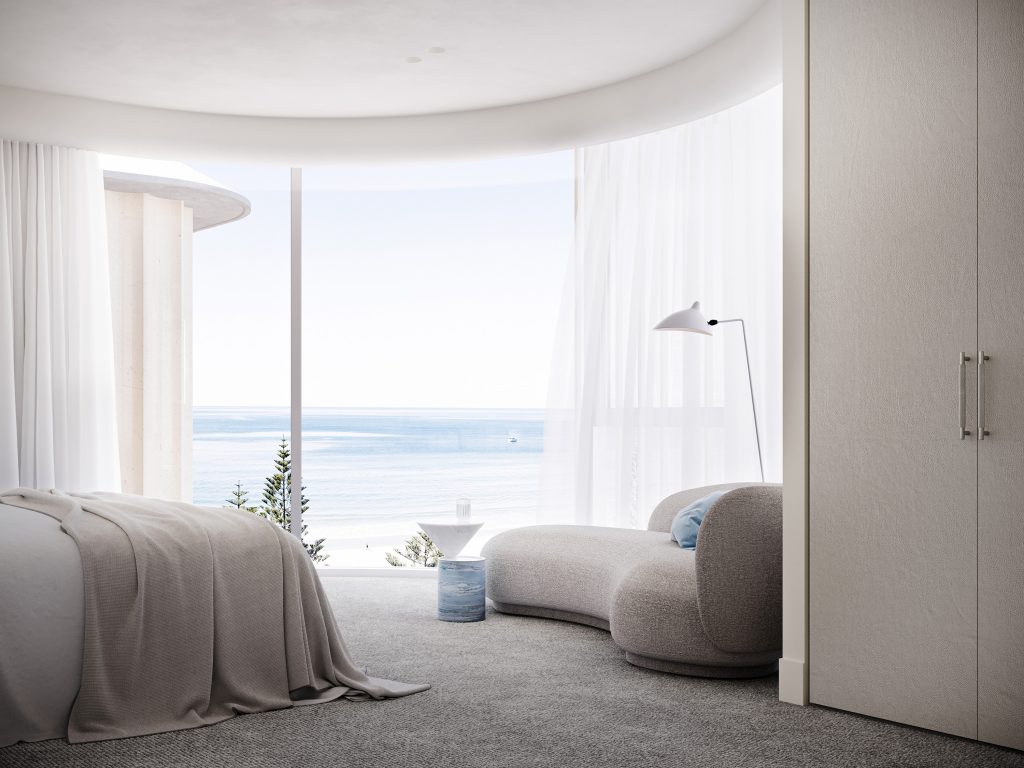 “Some are wanting a second high-end apartment in the area in which they will move in to when it is completed, while others have bought a Sea apartment for the extended family.”

“It’s great to see repeat buyers from previous projects that acknowledge the high quality product we design and deliver. Development is not just about producing a pretty render, delivering is the most challenging aspect,” Calvisi said.

It’s clear Calvisi and Griffith were early to understand the attractions of beach front developments on the Southern part of the Gold Coast.

“It’s always been about delivering quality for buyers. That’s how you keep people coming back to your projects, and ultimately retain business. 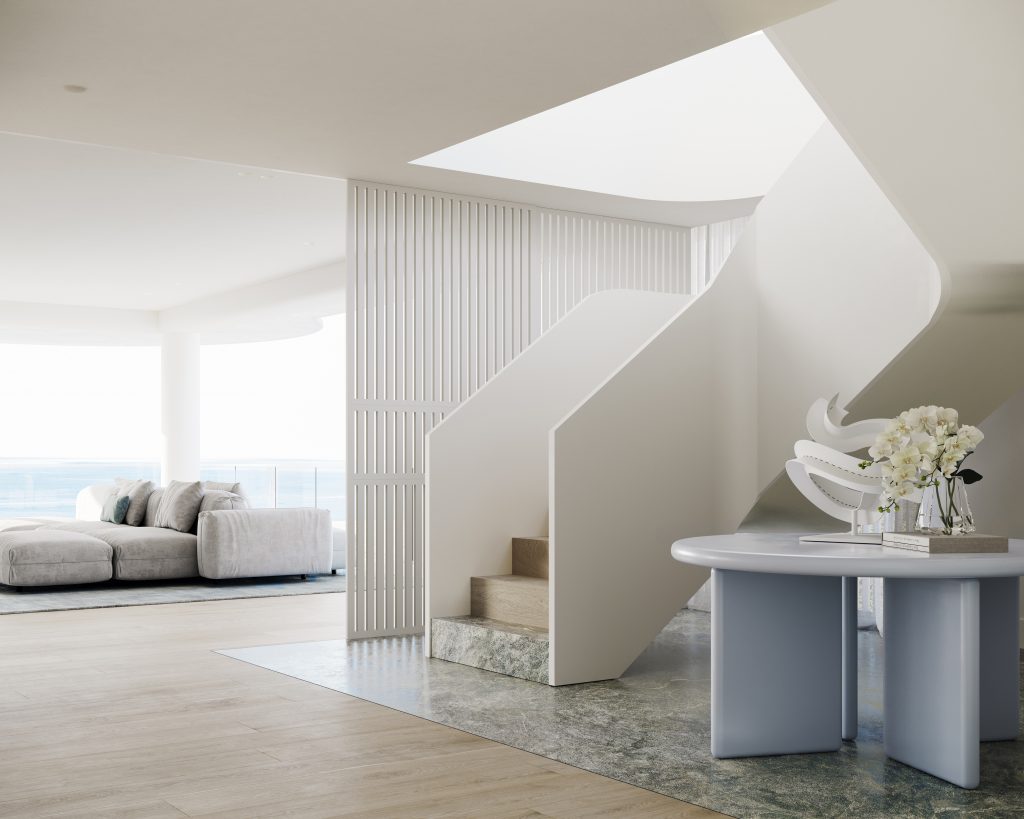 “It’s been clear with Norfolk, Luna, and Sea, that if you continually produce a high-level of finish, with high quality architecture, interior design, and most importantly a high quality builder, you will get repeat business, and local foot traffic and word of mouth builds.”

Calvisi said the aim with Norfolk was to create a product which the Coast hasn’t seen before.

“We really wanted to break through what has been produced previously, bringing on Koichi whose designs were prominent down South, but hadn’t graced the beaches of the Gold Coast before. Koichi and myself drew inspiration from international destinations such as Miami in Florida.”

“It was no surprise to us how the three projects have been welcomed, both by buyers who were seeking a unique design which hadn’t been on offer before, and the real estate and design industry.”

Forme is currently putting plans together for their next project, another by Koichi design, located just behind Sea.

“We’ll be developing something that is a little more price-pointed orientated, with the option of one and two-bedroom apartments, as well as the larger apartments toward the top of the building. However the high quality finish and design that has become synonymous with Forme developments will of course be retained,” Calvisi said.